A sieve is a circular tool that resembles a tuber, with which grains, flour, etc. are sieved. The sieve has a base that is attached to its wooden perimeter, and it is a base with many holes made of animal skin or metal. The uses of sieves differ according to the diameter of the holes in the base. If the holes are wide, the sieve is used for filtering large grains, and if the holes are narrowed, the sieve used for filtering flour and small grains from impurities, in which case it is called mankhal. 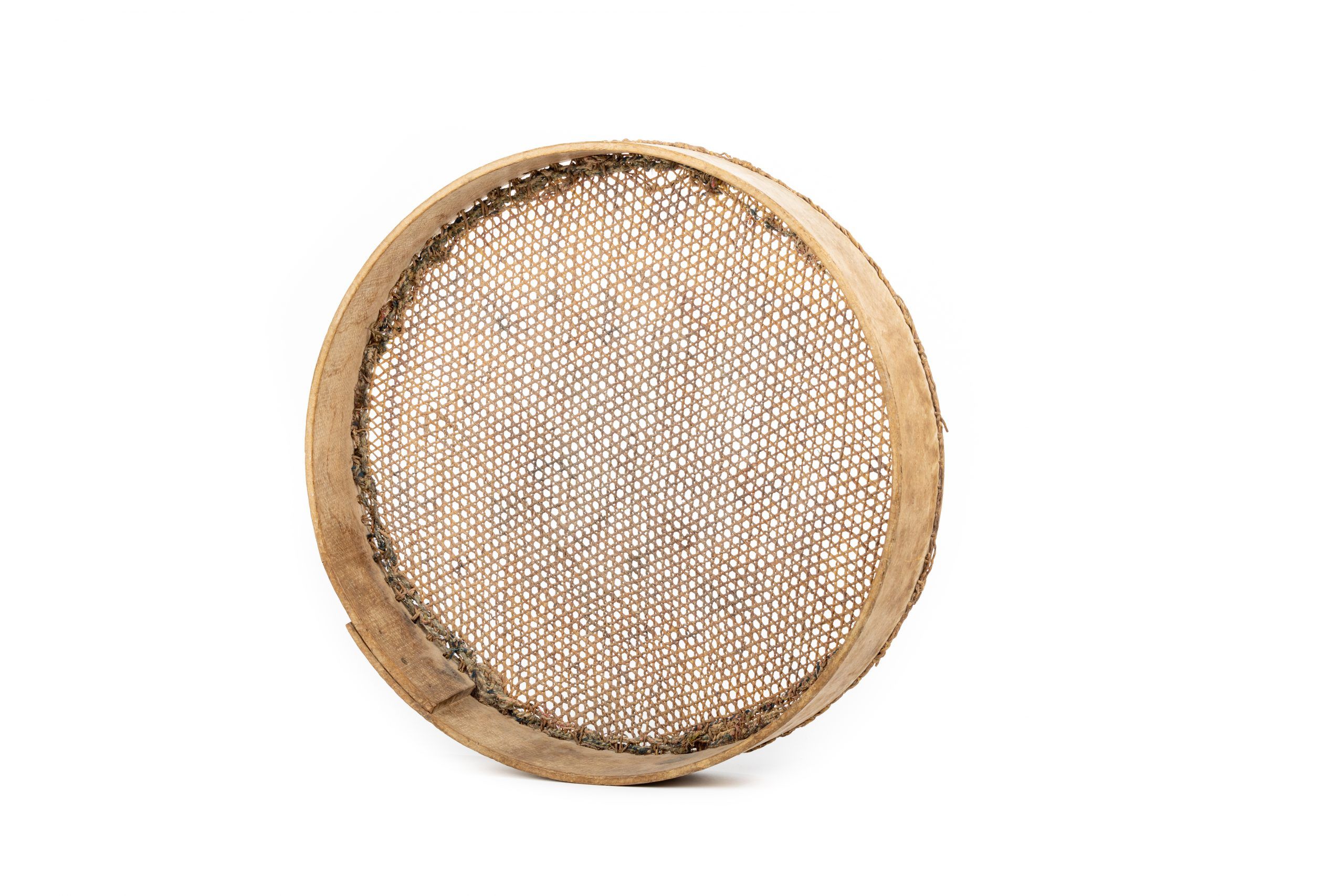