Hantam is a reddish, green jar. Plural is hantama. It is originally green, close to black. Hantam is said to be jars brought from Egypt. Hantam was greased, green jars in which the wine was carried to the city. Then, the meaning was expanded to include all the pottery. Maing wine in it was not encouraged, because it takes too long the wine to be strong, for being greased. It was said that Aisha, may God be pleased with her, had red-necked jars in which wine is brought from Egypt.

Narrated Abdullah bin Omar, that the Messenger of Allah forbade Hantam. I said: What is Hantam? He said the Jar. Sahih Al-Nisae 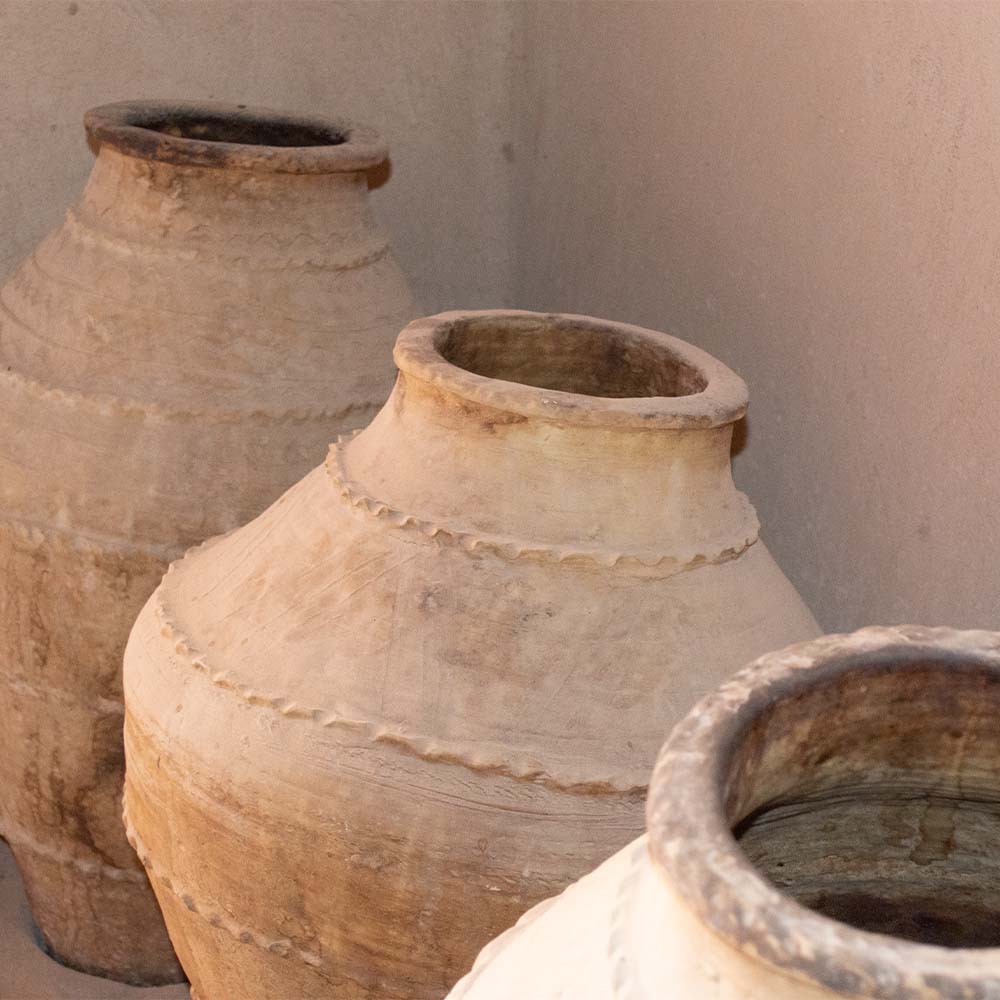