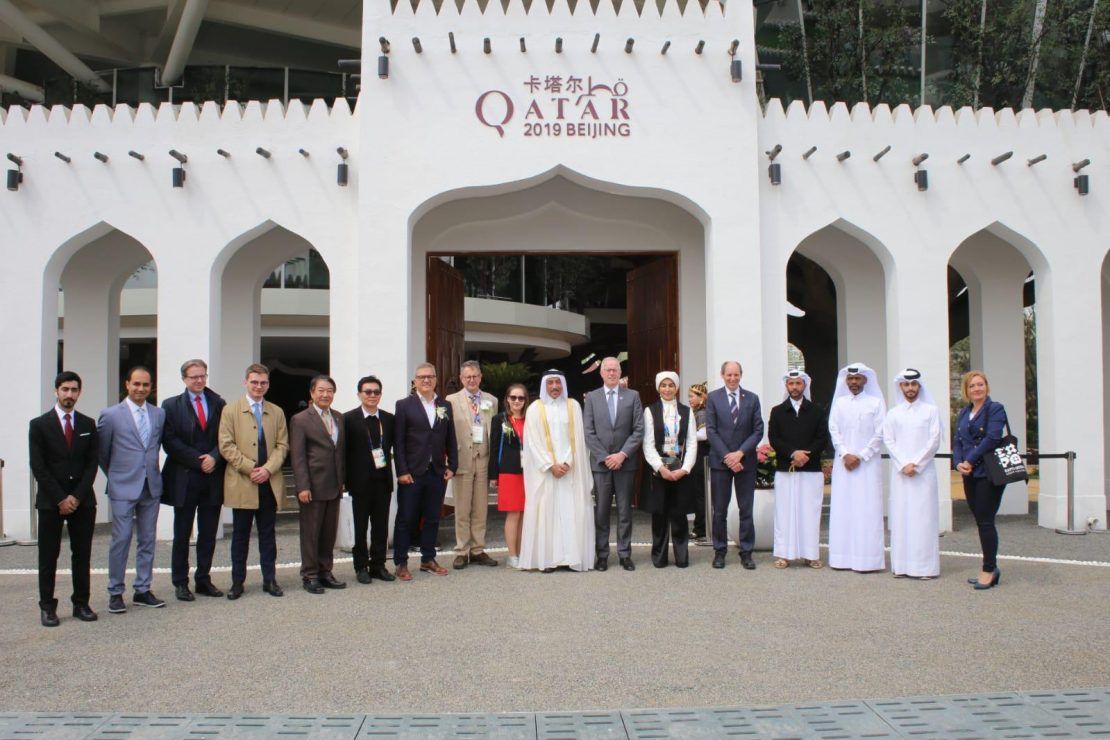 Invited to participate by the Ministry of Municipality and Environment

The Qur’anic Botanic Garden (QBG), a member of Qatar Foundation, is participating in the International Horticultural Exhibition ‘Expo 2019’ as part of a pavilion hosted by the State of Qatar. The event opened on April 29 in Beijing and will continue until October 7, 2019.

His Excellency the Ambassador of the State of Qatar to the People’s Republic of China, Sultan bin Salmeen Al Mansouri and Mr. Bernard Oosterom, President of the International Association of Horticultural Producers alongside the General Assembly of the World Expo, visited the QBG booth at the expo.

QBG’s display named ‘Under the shade of the Sidra tree’ is one of the largest pavilions at the expo. The plants and were taken from several gardens that represent the Sidra tree symbolizing the heritage of Qatar. Qatar’s pavilion consists of five Sidra trees in an area of around 2,100 square meters, including the therapeutic garden, Al Bida Park, and Al Hilal Park. The display was designed under the guidance of the Ministry of Municipality and Environment to reflect Qatar’s heritage and culture.

Fatima Saleh Al-Khulaifi, Manager of QBG, said: “The Qur’anic Botanic Garden is keen to participate in international exhibitions related to horticulture and environmental sustainability in order to encourage the community to preserve the environment and revive Islamic cultural heritage. It also extends a bridge across the world and promotes social responsibility towards the environment.”

QBG represents a unique model of gardens and horticulture that reflects a distinctive concept of gardens in Islamic civilization. It is a rectangular Islamic garden that follows the Persian char bagh or ‘four gardens’ layout that reflects the vision of early Muslims, and their translation of the ‘garden idea’ of four rivers converging in the center of the garden.

Through its participation, QBG aims to educate Qatari student volunteers in China equipping them to inform and educate visitors about the concept of char bagh or ‘four gardens’ and its place in Islam.