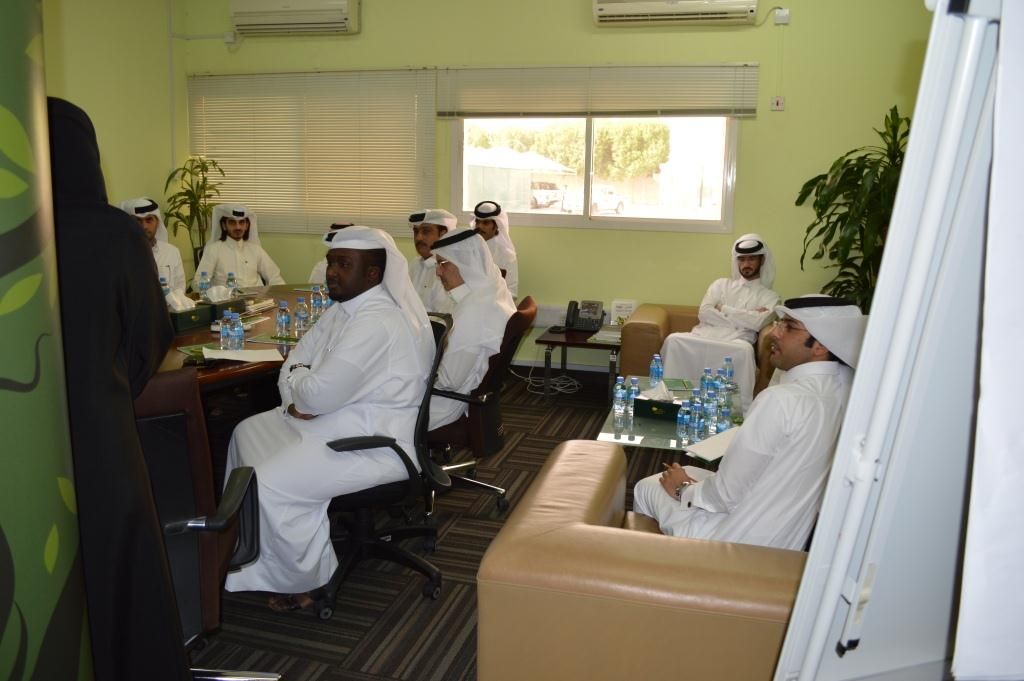 The Qur’anic Botanic Garden (QBG), a member of Qatar Foundation for Education, Science and Community Development (QF), recently hosted a training programme for more than 130 students from the Community College of Qatar (CCQ) as part of the organisation’s aim to promote cultural awareness among university students.
Held last week, the training included a number of interactive courses on ‘Plants and Islamic Heritage’, supporting QF on its mission to transfer knowledge to a society that interacts with the future and is aware of its Arab and Islamic heritage and culture.

The programme included a number of theoretical lectures in addition to field trips and a visit to a laboratory. The course began with a lecture explaining to students the concept of QBG’s role and why the garden was created to promote knowledge of the plants, botanical terms, and conservation principles mentioned in the Holy Qur’an and Sunnah.

Fatima Al Khulaifi, QBG’s Project Manager, said: “By holding an interactive educational programme for students of the Community College of Qatar, the Qur’anic Botanic Garden is extending its bridges of communication with national institutions in Qatar. By doing this, we hope to spread knowledge about plants in the Holy Qur’an and Sunnah, as well as Islamic heritage in order to discuss the issues surrounding the preservation of plants and Islamic gardens.”

Students who attended the course visited a greenhouse where they had the opportunity to take a closer look at the nature of the growth and cultivation of such plants in different geographical areas. A lecture was also given on the concept of conservation and its significance in Islam, with a brief explanation about some of the conservation tools used by QBG the garden when taking care of the plants.

The programme also discussed the role a garden’s Seed Bank and Herbarium play in protecting a plant growing outside its natural habitat.

Students who attended the course were awarded a certificate of attendance from QBG.