‎‎‎We present a comprehensive package of educational and community programs, based on a future vision that broadens the horizons of the Islamic goals of preserving all plants as the basis of life on earth.‎‎‎

QBG’s Ghars Campaign is concerned with preserving the environment by encouraging all members of society to plant and care for trees. The campaign seeks to raise environmental awareness and help people become more knowledgeable about vegetation-related issues; to promote the optimal methods for planting and caring for trees; and provide insights on how to face contemporary environmental challenges, such as the issues of climate change and desertification.‎‎‎ 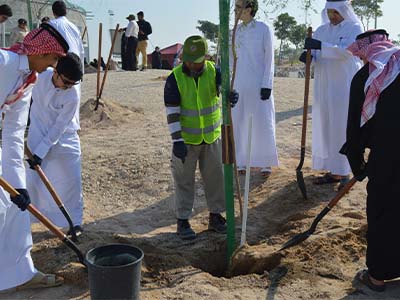 ‎‎‎QBG chose ‘Ghars’ as the title of its campaign, as the name is inspired by one of the Prophet’s hadiths: “When a Muslim plants a tree, whatever is eaten from it is charity from him and whatever is stolen is a charity and whatever is subtracted from it is charity.” (Narrated by Al-Bukhari and Muslim). The campaign encourages all members of society to plant trees and take care of them as Islamic Sharia urges us to, and strive to increase them so that we are rewarded for our efforts.‎‎‎ ‎‎‎QBG launched the “Ghars” campaign in 2011, in conjunction with its participation in the celebration of the United Nations Billion Tree Planting Campaign Organization, where a group of trees was planted in front of Multaqa in Education City, with the active participation of senior Qatar Foundation employees and students.‎‎‎ 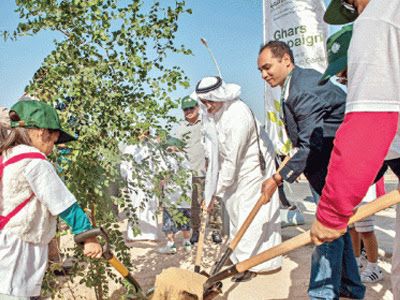 ‎‎‎QBG published its first book, entitled: ‘The Tree…‎‎‎its ‎‎‎Importance and Care from an Environmental and Ethical Perspective’ in both Arabic and English.‎‎‎ The book clarifies the definition of the tree in both linguistic and scientific terms. It also provides brief explanations of the benefits of trees, their relationship to the ecosystem and how they contribute to it. In addition, the book explains the scientific steps that enable individuals to plant trees and take care of them.‎‎‎ ‎‎‎To obtain a free copy of the book, please contact QBG’s management.‎‎‎ 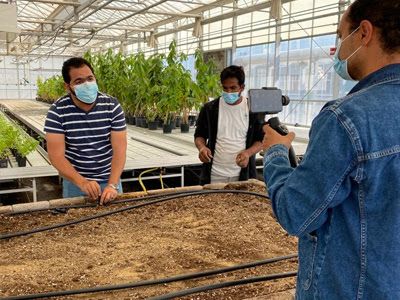 ‎‎‎The ‘Ghars’ campaign seeks to reach all segments of society, with the aim of enhancing levels of responsibility towards environmental issues in general, and green issues in particular. ‎‎‎‎‎Therefore, the campaign organizes two celebrations annually. The first is hosted in Education City, with the aim of attracting male and female students from Qatar Foundation schools and universities. The second celebration is held in one of the institutions that shares common interests with QBG.‎‎‎ ‎‎Qur’anic Botanic Garden is keen to invite officials, decision-makers and those interested in the environment to plant trees, with the aim of spreading environmental awareness to all members of society inside and outside Qatar.‎‎‎

‎‎‎The ‘Ghars’ celebrations include an exhibition of traditionally-produced heritage items such as date palm, as these products are given special importance in Arab societies in particular.‎‎‎ ‎‎‎QBG also invites all those interested in the environment and greening to attend this event, with the aim of participating in tree-planting, and learning more about the organization’s activities.

‎‎‎Speaking on the sidelines of the event, a spokesperson for Qatar National Library said:‎‎‎ ‎‎‎“The campaign gives library visitors the opportunity to learn about environmentally-friendly practices, and how to increase green spaces in Qatar by planting one tree per person.‎‎‎ ‎‎‎Activities like this offer a new experience for our visitors, and we are glad that they have achieved great success. We encourage everyone to visit the library, and to use the electronic resources, books and references available in it to learn more about environmental sustainability.”‎‎‎

‎‎‎Experts in attendance also provided educational advice to participants on tree conservation, care and ways to preserve them, especially in areas with arid climates in which trees represent an important line in defending the environment, especially in mitigating climate change and combating desertification.‎ ‎‎

‎‎‎During his speech to the guests, the Secretary-General of the Forum, Dr. Yuri Centurin, highlighted the recognition of the Forum in December 2018 as an international observer organization of the United Nations Framework Convention on Climate Change.‎‎‎ ‎‎‎

Ms. Fatima Saleh Al-Khulaifi, Director of QBG, commented:‎‎‎ “‎‎‎The ‘Ghars’ campaign has started to reap fruit, as awareness of trees and their importance in society, especially in light of current environmental developments such as climate change, desertification issues and water scarcity, has become clear to members of society of all ages. This prompts us to support this pioneering community campaign and assume a leading role in supporting the efforts of Qatar Foundation to achieve environmental sustainability and the Qatar National Vision 2030.‎‎‎” 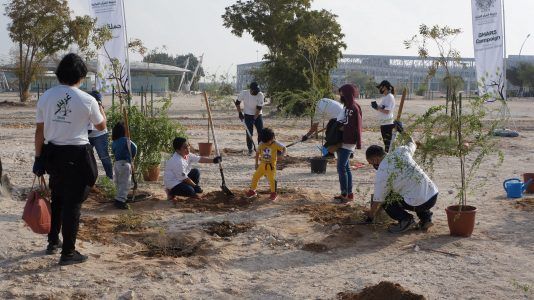 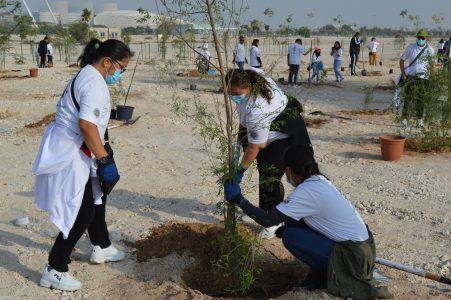 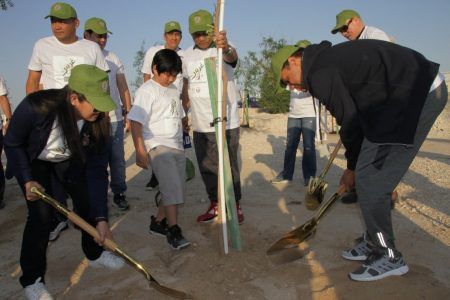 You can register now to join this program

Join us to participate